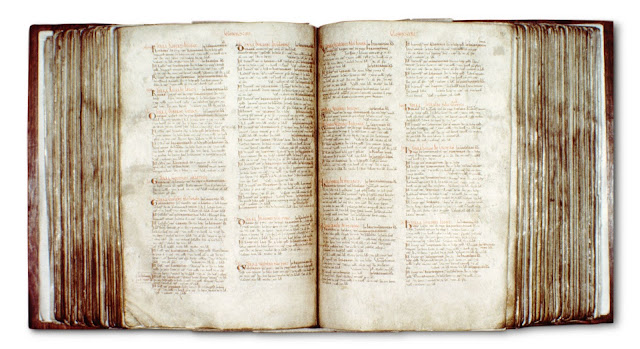 The Domesday survey is a comprehensive record of the extent, value, ownership, and liabilities of land in England, made in 1086 by order of William the Conquerer.  The survey was carried out, against great popular resentment by seven or eight panels of commissioners, each working in a separate group of counties, for which they compiled elaborate accounts of the estates of the king and of his tenants in chief (those who held their land by direct services to him). From these documents the king’s clerks compiled a summary, which is Domesday Book.

The Domesday Book covers all of England except the northern areas. Though invariably called Domesday Book, in the singular, it in fact consists of two volumes quite different from each other. Volume I (Great Domesday) contains the final summarized record of all the counties surveyed except Essex, Norfolk, and Suffolk. For these three counties the full, unabbreviated return sent in to Winchester by the commissioners is preserved in volume II (Little Domesday), which, for some reason, was never summarized and added to the larger volume.

The best way to access the survey for free is through opendomesday.org where it summaries all the pertinent economic and ownership info  for the village or town.  The names in these records are the basis for many Anglo-Norman surnames used today and the start of much genealogical info.  You can also download a text-based searchable version of the Domesday survey here.


Summary and sources of the lords of 12,000 manors who are named only by their Christian names in the Domesday Survey from 1066-1086.  This was compiled by research assistants at the University of Hull by Professor John Palmer. This list was a combination of works of Dr. Clark's English Nobility, the COEL (Continental Origins of English Landowners) Database by Dr. Keats-Rohan, and the PASE (Prosopography of Anglo Saxon England) and the Names and Statistics databases at the University of Hull:  |A-D| |E- I| |J-R| |S-Y| 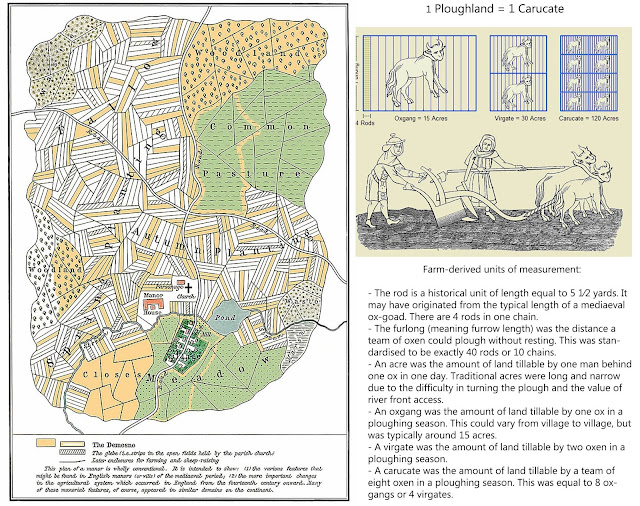 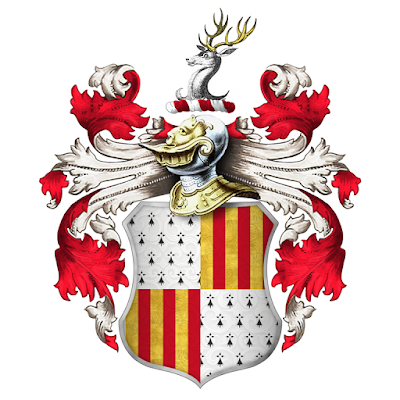 The Knightley Collection of Charters - 1150 - 1684 Northamptonshire